Finally, the game is available on Steam for Windows and Mac users.
Launch trailer, tell us everything you know about Blocks That Matter! 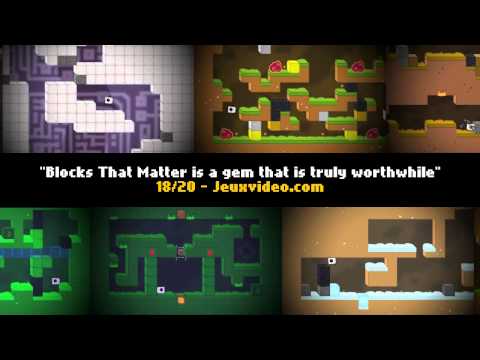 You can buy the game by following this link.

We know some players have difficulties to run the game, but we are working to fix this issue as quickly as we can. If you have some problems, go ckeck out the game’s Steam group to find possible temporary solutions.

(EDIT : The game is now available on Linux!).

And Xbox360 users that maybe have already finished the game can launch it again cause the XBLIG update is now out too, with new levels and objectives.

Have a nice week-end with Tetrobot!

Leave a Reply to Mascaroth