Two weeks ago, we told you that Blocks That Matter was one of the 21 finalists of Dream.Build.Play 2011. Well, the winners of this contest, organized by Microsoft to promote games made with XNA tools, has been announced yesterday morning and our heart went boom when we discovered them.

Indeed Blocks That Matter has been selected as Dream.Build.Play 2011 Grand Prize! According to the rules of the contest, it means we won 40.000 dollars and an hypothetical slot for a game on Xbox Live Arcade.

And that’s all we know for the moment cause we haven’t been contacted by Microsoft since the announcement. We will keep you informed.

In other news, Steam players have already started creating levels with our level editor and we featured 5 of them this week in the Community section:

Congratulations to them and to all the other players/creators! 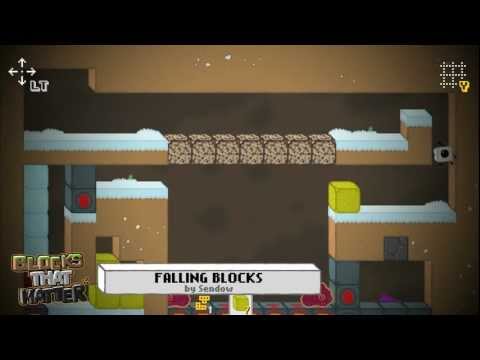